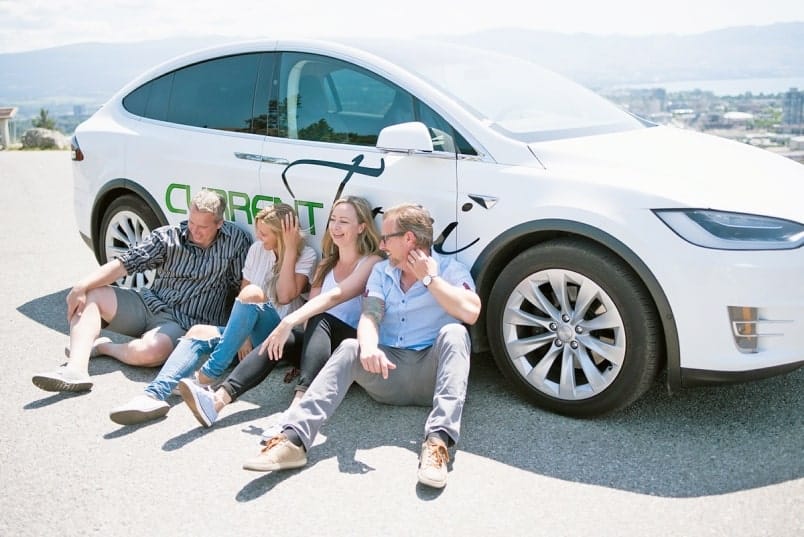 Claiming to be a Canadian first, an all-electric taxi company will start driving passengers around Greater Victoria next month.

Kelowna-based Current Taxi has been given the go-ahead to operate a fleet of 15 Tesla electric vehicles in the region starting Dec. 1.

Citing a need for an all-electric-vehicle taxi service, the Passenger Transportation Board, which regulates and licenses the taxi industry in B.C., gave the company the green light to operate on the Island.

The board also approved an expansion of Current’s Kelowna fleet to 13 vehicles from seven.

“We believe that it is our responsibility to do better than the current standard in the taxi industry for the environment, and for our customers,” said Current’s Dale Conway, who founded he company two years ago. “It’s our goal to revolutionize this industry one ride at a time.”

The company said it will upgrade the level of service passengers can expect, with drivers who have been hired in part because of their customer service skills in addition to clean driving records.

To get approval, the Passenger Transportation Board requires applicants to prove there is a public need, that the business plan is based on sound economics and the licence holders are suitable.

She said the public need was clear after reviewing the submissions and letters of support.

One of those letters of support came from B.C. Green Party Leader Andrew Weaver, who said Current was an example of what the “green economy” could look like.
“In order to move into the future green economy, it is vitally important to show that green businesses can be started and succeed,” Weaver said in his letter. “Current Taxi’s application provides us with an excellent opportunity to illustrate that the green economy of the future is possible.”

Competing taxi companies were not so sure.

There were 16 submissions from competing taxi companies — nine from Victoria and seven from Kelowna — opposing Current’s expansion plans.

The opposition, which included Victoria Taxi, Bluebird Taxi and Yellow Cab, argued there was no public need for additional taxis, especially given the imminent arrival of ride-sharing, that their businesses would be hurt by the move and that Current would struggle to find qualified drivers.

According to the Passenger Transportation Board, there are 68 taxi companies in Greater Victoria and 345 vehicle licences. Many of those are registered as independent operators, but do business under the banner of a parent firm.