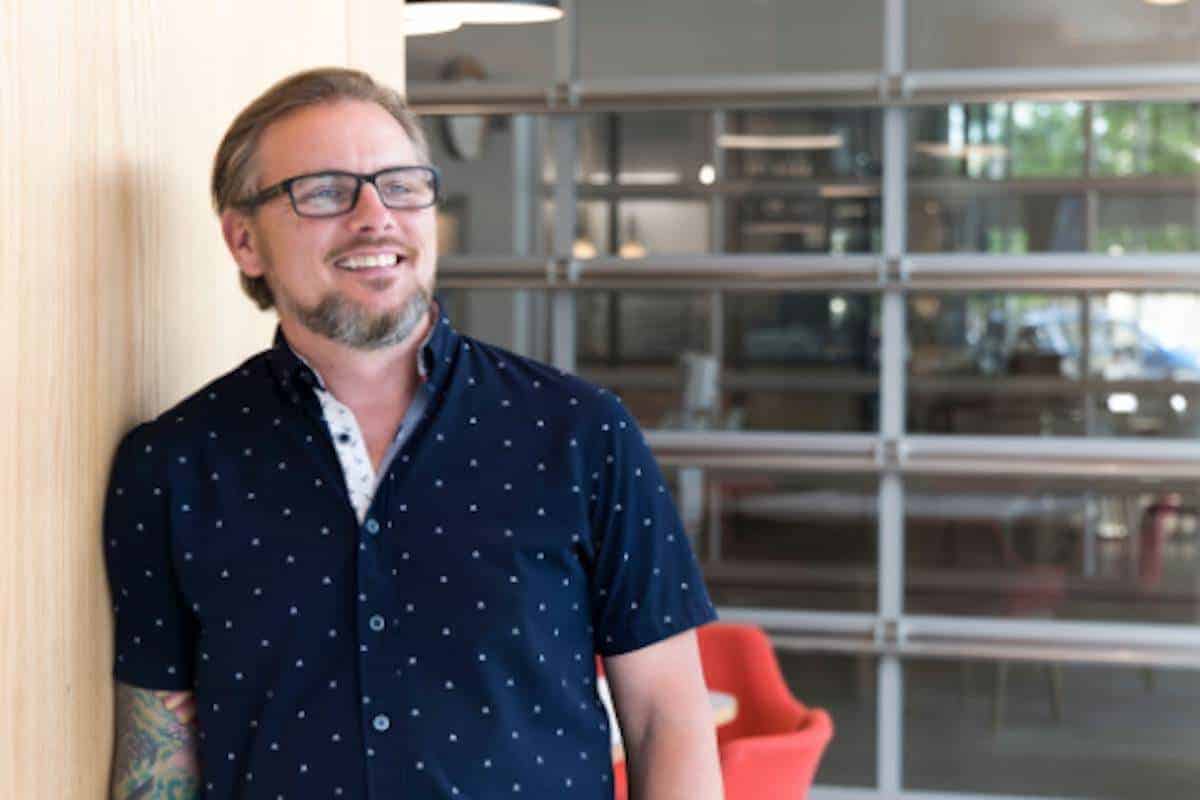 “Service should be magical, not tolerable.” That deeply ingrained belief is what launched Kelowna’s Dale Conway into the taxi business three years ago. With a more than two-decades-long career in hospitality under his belt, Dale set out to change the game in an industry he believed had been sub-standard for far too long. An industry in which he had no previous experience.

“I spent more than 10 years dreaming up a business plan. I’d never worked in the taxi business but I had been working in casinos for 17 years. The two industries actually have a lot in common,” Dale explains. “They are both highly regulated by the government. I know how to work with regulators.”

Dale may have been green when it came to running a taxi business, but so was his vision: to create a local, environmentally friendly company that the community could be proud of, with high-end electric cars, well-dressed, personable drivers and rates on par with other companies.

“I knew my plan was solid. When I finally decided to quit my job, I shared it with two of my co-workers and they asked to be part of it.”

The Current Taxi team was born, but the real work lay ahead. Conway knew it had been 14 years since the Transportation Board last approved a new taxi service for Kelowna.

“Getting taxi licenses is notoriously hard. I had to make a strong case.”

Dale knew community support was vital. His application included a stack of letters from various hotel managers and the Mayor of Kelowna.

“They gave me a shot. My partners and I, we pooled our money, we bought two Teslas and hit the road!”

That was February of 2017. It was just Dale, his business partner Jerry Pokorny and four part-time ambassadors behind the wheel in those early days. But after only a few months it became apparent two Teslas weren’t going to be enough to meet demand.

“By April we were turning down 500 calls a day; we went running back to the Transportation Board for more licenses. If we couldn’t expand our fleet, we were quite literally going to drown in our own success.”

“I was happy. That was the original business plan. Six cars in Kelowna. I was going to drive a taxi for a living. It would be a small, family-run business. I realized fairly early on, though, that wasn’t going to be the case.”

Word of Current Taxi’s exceptional service was spreading quickly. Emails poured in from all over North America.

Fast-forward three years. There are 10 cars on the road in Kelowna and in December of 2019 Current Taxi expanded into Victoria with six Teslas.

“Victoria made sense,” Dale explains. “The city is environmentally focused. A lot of the local politicians in Kelowna used us to get to the airport for their Victoria-bound flights and they’d say they wanted to make the entire trip green, so could we pick them up on the other end? Now we can.”

Dale’s business plan is not one for the faint of heart. Buying $100,000-dollar vehicles, paying drivers a true living wage and keeping prices in check takes a lot of juggling. But Dale is adamant that is what’s fuelling Current Taxi’s success.

“We could grow quicker with less expensive cars, but that’s not what we set out to do,” he says. “We are committed to never cutting corners with the cars or losing focus on the environment or the quality of our staff.”

Dale beams with pride as he talks about his team and the seemingly endless number of five-star Google reviews they’ve earned the company.

“They are our ‘secret sauce!’ We are extremely picky. That makes hiring tough, but it pays off in the long run. The novelty of a Tesla will wear off, but if people get the doors opened for them, have engaging conversation with a knowledgeable, well-dressed person behind the wheel, it’s what keeps them calling.”

The Current Taxi driver roster isn’t what you would expect. It includes former bartenders, real estate agents, lawyers and photographers. Like Dale, most had never driven a taxi before they got behind the wheel with Current. The turnover rate is low because they love the job, the people and the company. Their service excellence is having an effect on the entire market.

“What’s getting us excited is that other taxi operators are starting to notice. Now I see other taxi drivers wearing suit jackets. It’s what should be happening. When service gets better it benefits everybody. We raised the bar. That’s a good thing!”
It’s why Dale isn’t worried about ride-share companies coming in to take a piece of the pie.

“There’s a place for ride share and I’m probably the only taxi service provider that’s going to say ride share is a good thing. Are they going to be competitive with me and try to take my business? Yes, but I’ve never been afraid of competition. I believe my service is better.”

The only time fear has been a factor for Dale is when the COVID-19 pandemic hit in March. Current Taxi had just expanded into Victoria.

“Things just died; we started pulling cars off the road. We were afraid like everyone else. April and May were tough.”

Dale wasted no time outfitting the Tesla fleet and his drivers with the required safety equipment. Today, call volumes have returned to pre-COVID levels and that’s turned fear into optimism.

“Before the shutdown, at least 50 to 60 per cent of our business was coming from an airport, a hotel or a restaurant. When you factor in that those places have been essentially closed and are just starting to re-open, but our call volume is still high, we can say we’ve actually built business.”

Dale predicts he will have all of the 28-car fleet on the road in Kelowna (13) and Victoria (15) by the end of the year.

“And we’re not stopping at 28. I got into this business to disrupt something. I am an instigator. I want to make the other businesses sweat a little,” he says with a laugh.

Dale’s hope is that what he’s instigating on the environmental side will also shift into high gear.

“Our six cars in Kelowna put on three million kilometers in three years. That’s 700 tons of CO2 we’ve saved. We’re five per cent of the local market. Just imagine if the entire taxi industry in Canada electrifies, which it will eventually. There’s a big difference to be made.”

With a team he’s proud to work with, Dale is looking to the future. His wife Trisha has joined him and Jerry full time since the Victoria expansion. She manages the growing number of staff (90 and counting) as director of people and culture. Fourth partner Kate Wilson handles the marketing.

“It’s been a heck of a ride for the first three years,” exclaims Dale. “Where it will take us, we don’t know…”

Dale actually does know where Current Taxi is next hitting the accelerator on expansion but (at the time of publication) the where and when are still a secret.