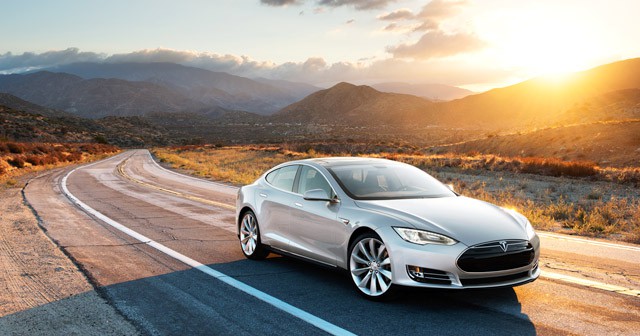 Quality of service combined with social environmental responsibility has fueled the creation of a new Tesla electric vehicle taxi service initiated by a local entrepreneur.

Dale Conway officially unveiled Current Taxi, consisting of a fleet of two new Tesla vehicles, one a 5-seat sedan and the other a 7-seat sport utility vehicle, now offering service across the Central Okanagan, from Peachland to Lake Country.

The service will operate from 8 a.m. to 1 a.m. daily, with a crew of eight drivers including Conway providing the pickup and drop-off service.

Hailing a Current Taxi cab will be done either through the company website or app, charging the same rates as other existing taxi services.

Current Taxi has been up and running for a few weeks in Kelowna, with rides being booked through local hotels until the website and app are fully functional.

Conway said interest in his new venture has also been generated for expansion to Penticton and Vernon.

“That is a little further down the road at this point as we just want to focus on getting established first in the Central Okanagan,” said Conway.

Conway, a long-time worker in the casino industry and on-call firefighter with West Kelowna Fire Rescue, said his dream to provide a luxury taxi service using environmentally friendly vehicles has been on his mind for some 20 years.

“My wife got tired of hearing me talk about it all the time, saying that now is the time to do it if you are going to do it,” Conway said.

Taxi companies are regulated and licensed by the province, and Conway’s Tesla electric vehicle taxi service is the first of its kind licensed in B.C.

Teslas range up to $100,000, with the Tesla 3 model expected to launch within the next year dropping the vehicle price down to the $35,000 price range.

The vehicles can travel about 410 km on one charge, closer to 380 in winter when heating features are functioning inside the vehicle. It takes about 20 minutes at a pumping station for an 80 per end battery charge, and about eight hours for a full recharge at home.

The only fluid in the engine is for the windshield washer, as everything else functions on electrical power running off the main battery.

The vehicles other noticeable features include the panorama view front windshield which extends back over the front seats, the falcon doors and front trunk storage space.

Rosemary Patterson, general manager of the Best Western Hotel, said Current Taxi’s offers a perfect collaboration with the hotel, site of the largest battery recharge station in the city.

“This is another step forward to help create a cleaner, safer and more sustainable world,” Patterson said.

Coun. Maxine DeHart, representing the City of Kelowna at the Current Taxi launch ceremony, also applauded Conway’s vision for the future and the province showing the foresight to give the company a taxi service operating license.

DeHart said she was also happy to hear Conway talk about his emphasis on providing a high level of quality service.

“Our city has made a commitment to providing electric car charging stations and you’re going to see that happening more and more as businesses like this start up and people start moving to electric vehicles,” DeHart said.