Take a Tesla taxi in Kelowna 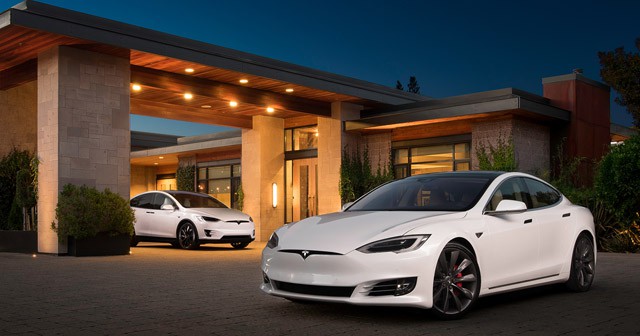 Two new Tesla cabs have hit the road in Kelowna.

It’s the first battery powered taxi service in the province.

“We do app-based dispatch and everything over the computer,” said Dale Conway, owner of Current Taxi. You don’t phone us so a lot of people are comparing us to an Uber type model but I think we offer something even better.”

“This vehicle here is going to produce over 13,000 pounds less CO2 every year,” he said.

The passenger cost is the same as other taxi companies.

“It is all provincially regulated so what Kelowna Cabs, Checkmate or anyone else in the community charges we are regulated to charge the exact same rate,” general manager Jerry Pokorny said.

The Tesla taxis are more expensive to buy than traditional cabs.

“But we’re able to recoup that cost due to the maintenance and re-fueling,” Pokorny added.

Two Tesla taxis have been approved by the Passenger Transportation Board to operate in Kelowna but the company hopes to expand to Penticton and Vernon.