Thumbs Up for Electric Taxi 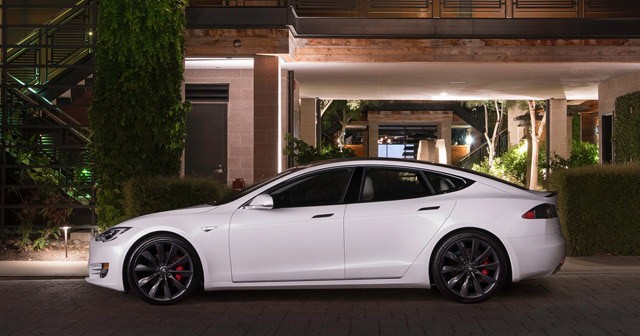 A taxi company wants to set up shop in Penticton with a fleet of electric cars.

Current Taxi’s Dale Conway presented to city council on Tuesday to tout the company’s Tesla-driven business and highlight what he believes is a gap in taxi service in the Regional District of Okanagan-Similkameen.

Kelowna’s average, according to Conway, is closer to the provincial numbers, while Vernon’s average is in the same ballpark as Penticton’s, which is at a ratio he says can have detrimental effects.

“Which is resulting in longer wait times for locals, consumer frustration as a result, and increased potential for impaired driving,” he said.

Conway says the company chose Tesla cars for their low environmental footprint. According to the presentation, a 2015 Toyota Sienna two-wheel drive van emits 57,433 pounds of CO2 per year, based on an average of 70,000 kilometres driven. He compared that to the 2015 Toyota Prius at 26,336 pounds per year, and the 2015 Tesla Model S at 13,721 pounds per year.

To operate in Penticton, Current Taxi needs the permission of B.C.’s Passenger Transportation Board, and the company came to the city looking for a letter of support.

In their bid, the company added that each taxi added to the road means up to 140 hours per week, which is close to four full-time equivalent positions.

The vehicles would not be wheelchair accessible, due to the difficulties cutting out a space of the vehicle to put in a lift. That’s because the Tesla’s battery takes up the majority of the bottom side, Conway said in response to a question from Coun. Tarik Sayeed.

Kelowna will be getting two vehicles through Current Taxi starting on Thursday, according to Conway, and Vernon just gave the company the thumbs up on Monday. He added that the company will be seeking approval for up to four vehicles in Penticton, but only expects to put two on the road in the city to start.

Councillors were largely in favour of providing that support, voting unanimously in favour.

“I think with the knowledge, understanding and support of the environment that we are experiencing in this day and age, I think it’s an option that we’re giving to the community,” Coun. Judy Sentes said.