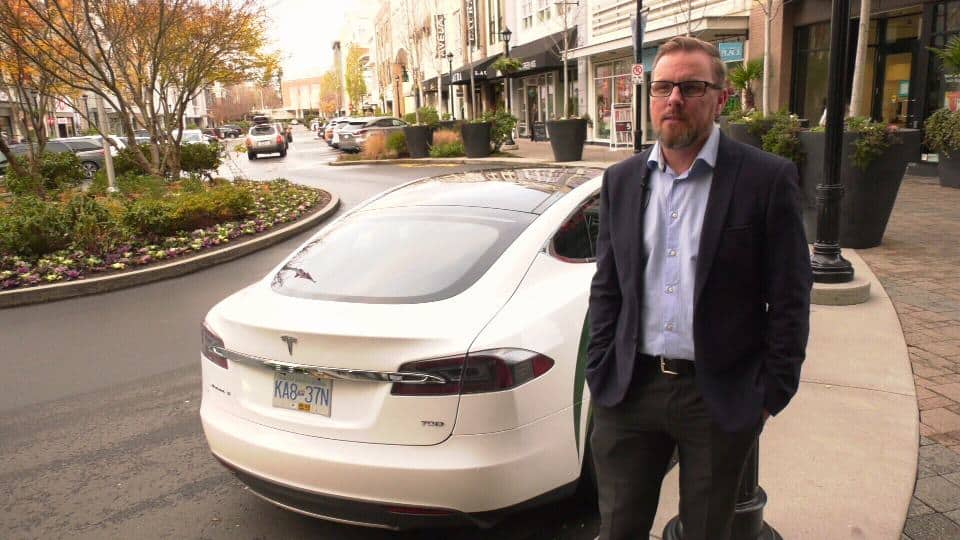 VICTORIA – A new electric-vehicle taxi company is bringing a fleet of Teslas to the island to launch in Victoria this Sunday.

The company, Current Taxi, boasts a fleet of 15 Teslas with prices that are comparable to existing taxi companies on the South Island, according to company CEO Dale Conway.

“Everyone sees the Teslas and they get excited and say, ‘You know it’s a high-end service,'” Conway told CTV News. “There’s a perception out there that we charge much more than regular taxis which is not true and never will be. We charge the exact same rates as the competition.”

Current Taxi is a B.C.-based company that first launched in Kelowna two years ago. Since then, the company says it has received interest for the service in Victoria and has been working with various levels of government to bring their cars to the island market.

“It’s worked so well for us in Kelowna,” said Conway. “We’ve operated there for two years and the amount of support we’ve gotten from the provincial government, the municipal government, all the people that use us in Kelowna has been humbling to say the least.

“We started getting interest from Victoria just weeks into operation in Kelowna,” said Conway. “Mayor Lisa Helps has been helping and has been instrumental in us getting approved here in Victoria as well.”

Starting Dec. 1, Current Taxi will have 15 vehicles available, including the Tesla Model S, Model X and Model 3. Conway says that a newly unveiled Tesla Cybetruck has also been ordered by the company and that prices will not change depending on the vehicle type used by the customer.

Conway says that Current Taxi focuses on three aspects of their business: people, sustainability and luxury experience. If all goes well, Conway hopes to see the Victoria fleet grow “well beyond” 15 vehicles, he said.